Your specialist family lawyers. Approachable, flexible and here for you when you need us the most.

Whether you’re looking for a solicitor or simply need some advice on a legal matter, we have a team of specialist solicitors ready to help. We offer expert legal advice and representation in all legal matters, and we’ll be there with you every step of the way through the process. 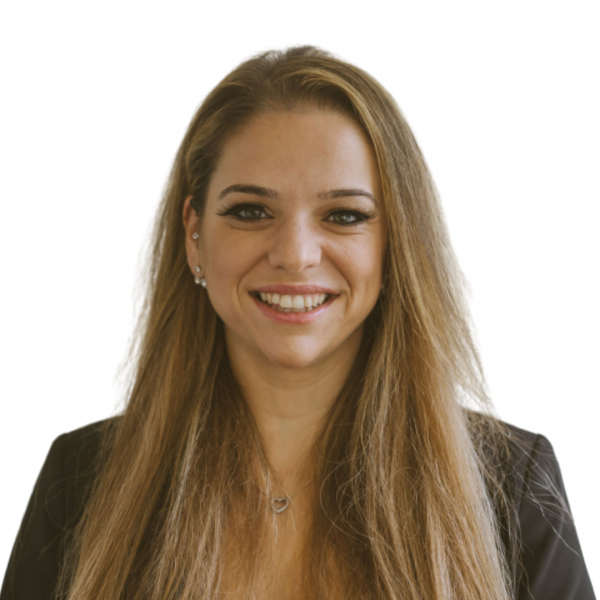 I completed my degree in European Studies and French and subsequently went on to complete the Graduate Diploma in Law and Legal Practice Course at Manchester University.

It was during my 2-year training contract at a high street practice in Notting Hill that I first garnered the interest of one day running my own solicitor’s practice.

Whilst working as a trainee solicitor, it was here that I realised that I was learning perhaps the most important skills of my career, skills that I could take with me to start my own firm when the time was right.

During my training contract I took the opportunity to learn and absorb as much as I could, adding every possible string to my bow with regards to maximising my legal abilities and becoming as resourceful to my future clients as possible. It was during this time that I decided to embark on becoming a mediator and so I completed the Family Mediation Course and became a qualified mediator in 2012. From here I the went on to successfully complete the Notarial Practice Course.

I qualified as a solicitor in 2008, a mediator by 2012 and a Notary public in 2013. I am also a registered lawyer in Portugal, allowing me to legally advise on UK/Portugal cross boarder matters accordingly.

In 2013, having successfully completed my post graduate courses and feeling confident enough to run/manage my own practice, I decided to start Castelo Solicitors (together with Castelo Notaries and London Mediation Service, our sister companies).

Over my 14-year career I have dealt with many complex cases involving high net worth divorce matters, Child Law abduction cases, where one parent has removed their child from the UK unbeknownst to the other and challenging probate claims where the inheritance was heavily challenged by aggrieved family members. 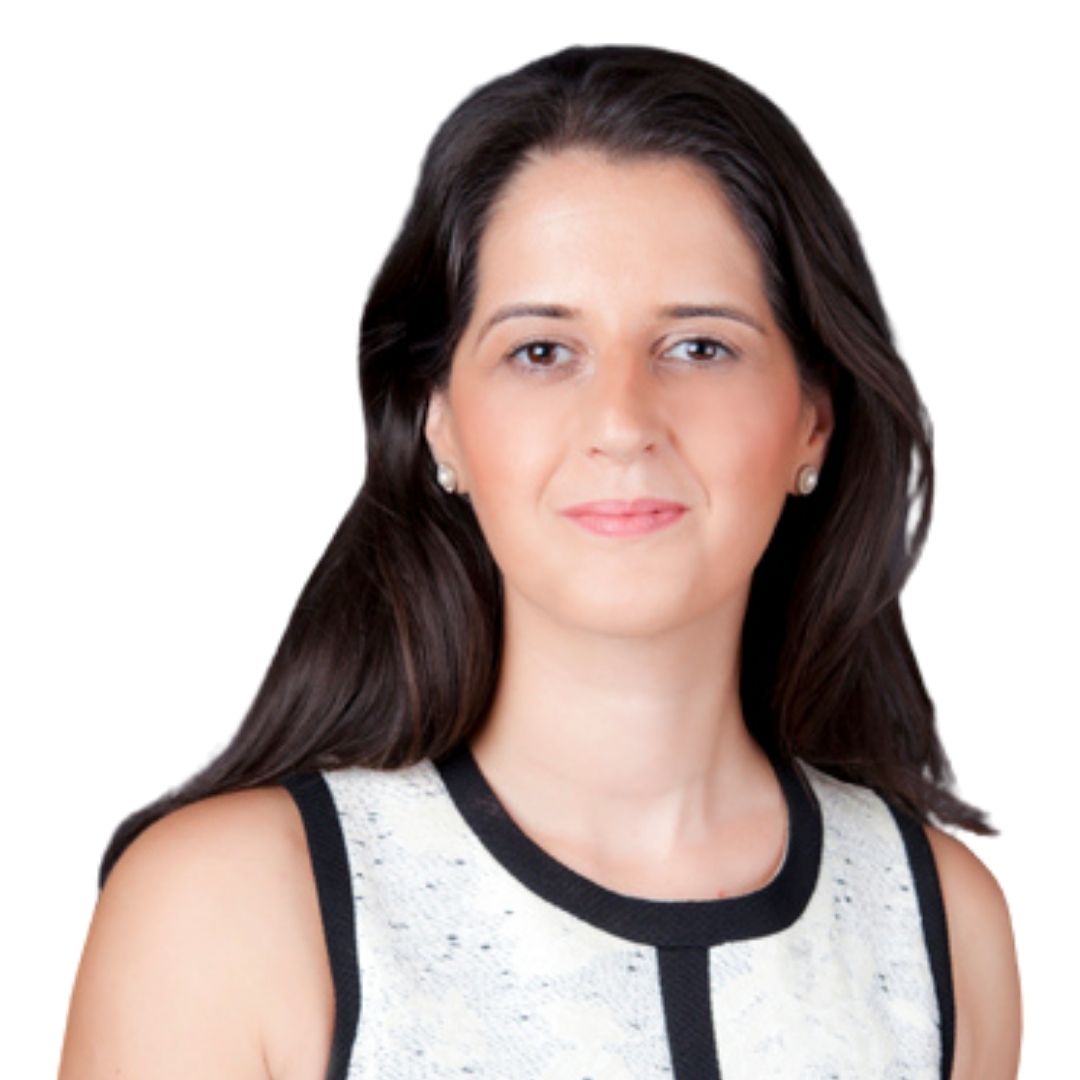 Having qualified as a solicitor in 2008, specialising in criminal law, I have gained a wealth of experience in all aspects of the criminal justice process, representing / defending individuals for low level matters involving driving offences and shoplifting to more serious cases of robbery, murder and terrorism.

I have represented defendants from the start of proceedings at the police station upon arrest, right through to their first court appearance at the Magistrates Court, Crown Court and then on to Appeal where necessary. I have an exceptional eye for detail, no matter how small and I am quick to spot a hole in the evidence, which in turn allows me to do further investigative work that results in strengthening my client’s defence.

As well as having some 14 years of experience as a criminal defence solicitor, I have also had the opportunity to prosecute cases having previously worked for the Crown Protection Service, thus sharpening my skill set further by being able to anticipate what issues will crop up from my opponent, putting me in an advantageous position.

In 2015 I decided to add to my skills and expertise by training as a Family Law solicitor and since then I have gained a great deal of experience and knowledge in this area, having successfully represented hundreds of individuals with regards to their divorce (including applications that have been defended by the Respondent), their financial divisions upon divorce and any future child arrangements.

Within the last few years, I have successfully dealt with very complex cases involving Child Law matters, including applications to remove young children from the jurisdiction of the United Kingdom to start a new life abroad in Australia. I have successfully defended applications by one parent to prevent the other parent from seeing their child on the basis of allegations of abuse that were later found (by a High Court Judge) to be untrue – the end result here was the father was granted an order that meant his son was now to live with him.

I feel lucky enough to be able to advise and represent clients in both crime and family law, with both skills-sets confidently complimenting the other when I am in court. Languages include English and Polish. 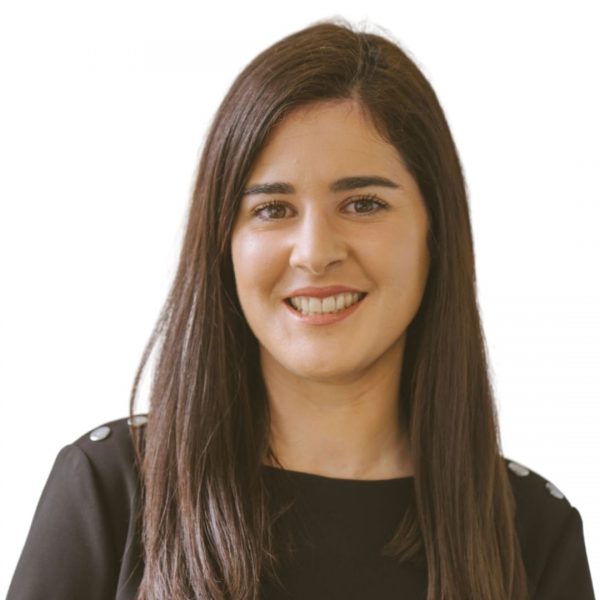 I joined Castelo Solicitors as a Spanish Lawyer (“Abogada”) in 2018, having been practicing law in Spain since I qualified in 2011.

My role includes advising on a broad range of legal matters in Spain and in England, specialising in cross-border matters related to inheritance.

I work closely with a network of reliable lawyers in Spain, whilst taking care of my clients here England.

In my capacity as a lawyer in the UK, I also specialise in advising private clients on immigration matters, having gained extensive experience in dealing with the Spanish and Portuguese community in England.

I am a qualified legal translator in English and Spanish, being an Associate member of the Chartered Institute of Linguists and I am also responsible for drafting legal documents, such as Powers of Attorneys’ to deal with a wide range of commercial and individual transactions in Spain.

Languages include English, Spanish and French.

I qualified in 2007 having previously worked as Head of Immigration at two law practices in Mayfair, successfully working a varied caseload, advising on approaches taken and on complex points of law and managing a team.

I am able to provide a complete range of client-focused services in all aspects of immigration, including the points-based system, nationality, asylum and human rights law, appeals and judicial reviews, to globally based migrants, individuals, businesses and companies.

I approach people, tasks and clients holistically, recognising that effective results are achieved through understanding not only the nature of the instructions but also of any wider implications. This allows me to consistently achieve excellent results for our clients, driven by my commitment to maintain the highest standards of client care and integrity with an underlying passion to ensure justice is served.

Clients appreciate my tenacity and desire to succeed but at the same time my practical and welcoming manner.

I also assist on probate related enquiries, including wills and administration of the estate as well as complex cross-border probates. 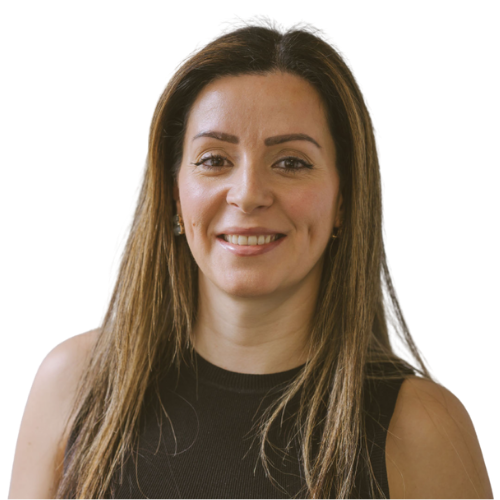 With an extensive background in directorial administrative support within the advertising industry, I came to Castelo in 2020 looking for a change of industry where I could transfer my skill set.

Here at Castelo, I oversee the day to day running of the firm, managing each departments diary, and organising meetings and appointments.

With the ability to speak fluent Portuguese, I am also able to assist our Portuguese speaking clients with their enquiries, as well as sit in on meetings and conferences to ensure that they understand all that is being advised. I am able to translate documents for our clients from Portuguese to English and vis versa, to make communicating with the UK authorities easier for our Portuguese clientele.

I believe that one of my strengths is my highly dependable nature and my ability to confidently carry out my tasks in a timely manner, leaving our clients feeling at ease and reassured that if they have asked to me to organise/arrange a meeting or convey a message to one of the solicitors, that this will be carried out immediately.

Languages include English and Portuguese 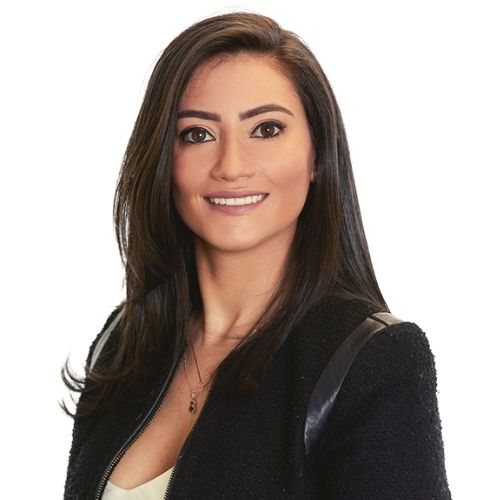 Having joined Castelo in 2019 I am responsible for the day-to-day management of the accounts and bookkeeping systems, which includes recording and maintaining all our firm’s financial transactions. I pride myself on my well-honed organisational skills and my ability to properly prioritise my tasks which allows me to keep on top of the invoice and billing requirements.

Prior to working at Castelo, I was a notarial assistant at a reputable Notary Public office in Brazil and Portugal for some 12 years, where my role involved working closely with our clients and preparing their documents for notarisation and legalisation.

I completed my law degree at the University of in Brazil.

Languages include English and Portuguese 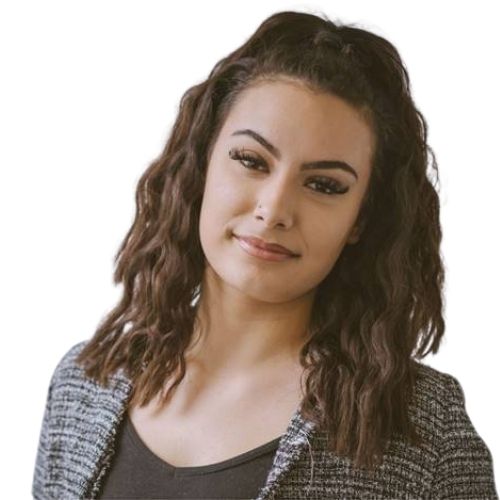 I am one of the office assistants responsible for providing secretarial assistance and helping with incoming enquiries. I also speak Portuguese so assist with International clients to help ensure you can always get the legal advice you need in the language you are most comfortable using. 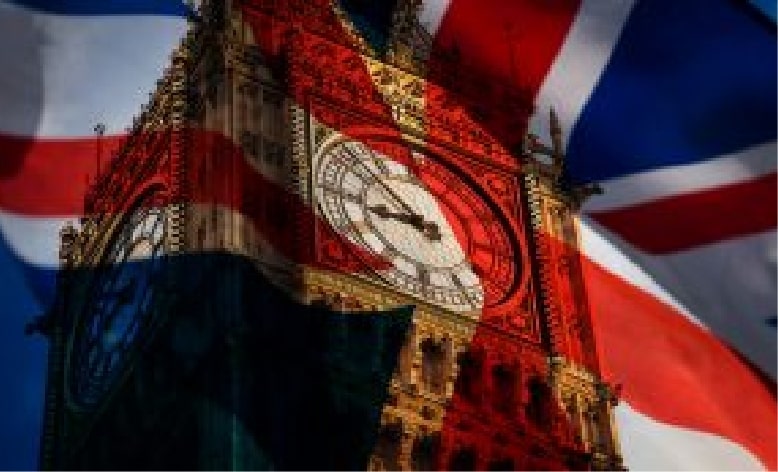 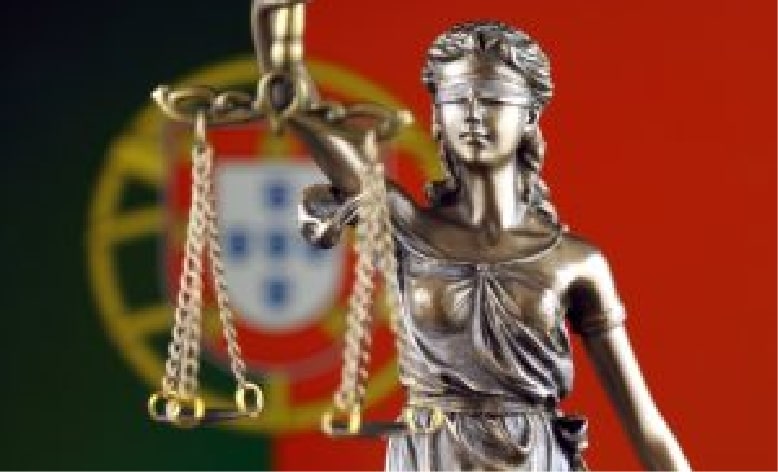 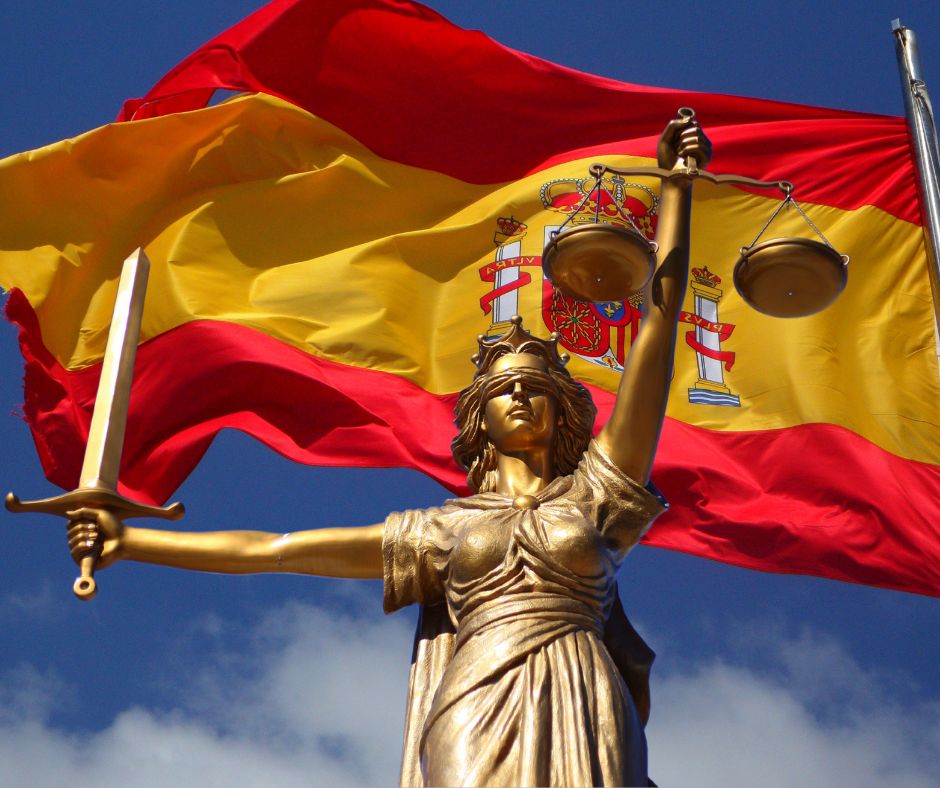 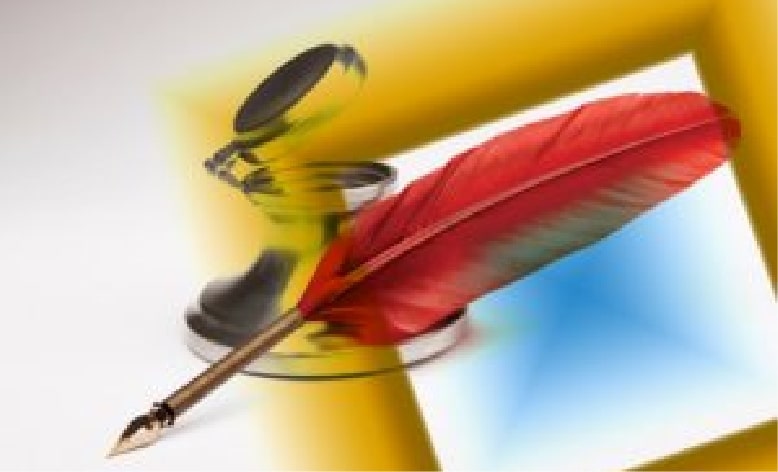